Ligaments are what hold bones together, and when these tissues are injured, a strain results.

Wrists sprains are a common activity triggered injury and are often caused by sporting activities or everyday falls. Wrist sprains often occur when the hand is held out to break or cushion a fall and the wrist is bent back upon impact with the ground. In sports such as skiing, snowboarding, or football, sprains are a common injury. When a sprain occurs, the wrist usually swells up and is rather painful, especially when moved.

How Are Wrist Sprains Treated?

If a sprain is suspected, your board-certified plastic hand surgeon will start off by examining your wrist to see how well it moves, where it hurts, and whether it is stable. To see if there are any fractured bones and how they are positioned, x-rays are usually taken. Additionally, an MRI may be taken to confirm the hand surgeon's diagnosis.

If the wrist is sprained, you'll likely have a splint or cast placed around it to prevent movement. However, surgery may be a possibility as well. The surgery can be performed in a traditional, open, or arthroscopic manner.

If arthroscopic surgery is performed, several small cuts the size of a grain of rice will be made around the wrist and a tiny camera will be inserted through them to examine the bones and ligaments and possibly treat them.

If arthroscopic surgery isn't an option, open surgery may be needed to repair the injured ligament. Surgery is used if the bones need to be held in place by metal pins, screws, or plates, after which a splint or cast is placed on the wrist to prevent movement that could cause further injury. The splint or cast is usually worn for six to twelve weeks after surgery.

If the injury is an old one that happened several months or years ago, it is referred to as a chronic injury. To treat this, the ligament may be repaired or restored as if it were a new injury if there is little damage to the cartilage. If the cartilage has been damaged and has become arthritic, the symptoms will be much the same as a sprain, and there will be swelling, stiffness, and pain.

Treatment of the arthritis usually starts with splints and anti-inflammatory medications, or even cortisone injections. If these don't work, surgery may be performed. Your hand surgeon will suggest the best course of treatment for you. For example, a partial or complete wrist fusion, removal of the affected bones, or replacement of the wrist may be suggested.

Whenever the ligaments in the wrist receive enough trauma to be sprained, other injuries are possible. The bones that make up the wrist, particularly the scaphoid, may have been fractured when the ligaments were injured. The cartilage that lines the joints in the wrist may also have been damaged, and this injury won't show up on x-rays. Surgery to correct either of these conditions may be necessary, in addition to that done to repair the injured ligament, and screws, pins, or plates may be surgically inserted to hold the wrist stable.

Even with the best and quickest treatment after the sprain by your hand surgeon, sometimes the wrist remains swollen, stiff, or sore for a long time. This is because of how the wrist is made up and the precise and delicate organization of bones, ligaments, and cartilage that allow it to move. Any injury to that carefully arranged system can affect its fine structure and use.

Ways to better repair and correct wrist sprains, and the ligaments and other parts of the wrist involved, are constantly being researched. Using strong tendons to reconstruct the injured ligament or transferring ligaments from the hands or feet to replace it are just two procedures your hand surgeon can use that are showing promising results. 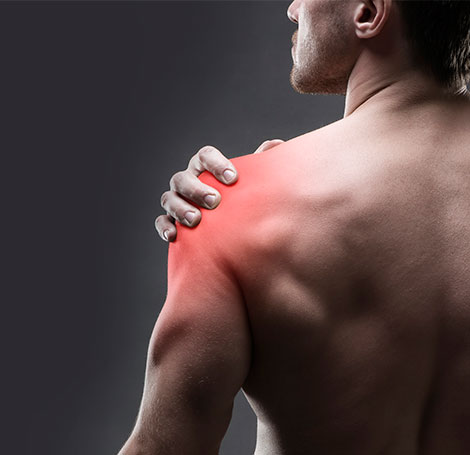